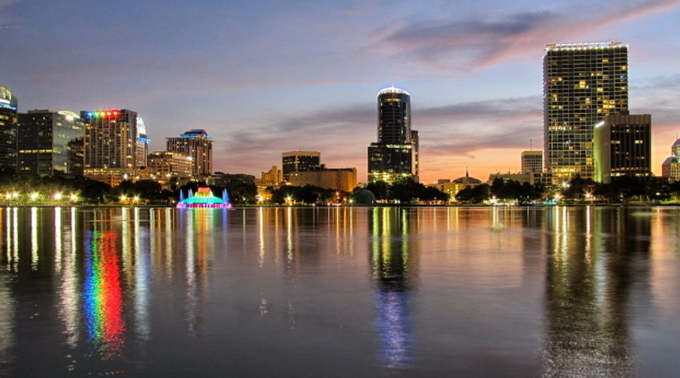 The Tech Tribune staff has compiled the very best tech startups in Orlando, Florida. In doing our research, we considered several factors including but not limited to: Revenue potential Leadership team Brand/product traction Competitive landscape Additionally, all companies must be independent…

In my role at Orlando Entrepreneurs I have the opportunity to see and work with many local startups. I have also worked with hundreds of Growth Companies (10+ employees) through my consulting work with organizations like GrowFl. This list provided by Tech Tribune has some amazing companies.  Narrowing Orlando’s startups down to the 10 best is no easy task. With that said, I think too many in our community take the easy route when sharing our best startups and I would propose that often times the top ones frequently mentioned are no longer startups at all and have graduated beyond that stage.

It goes back to asking yourself – what is a startup?

Think about a startup as a baby or child (Side note, you may like my post on 17 startup lessons parenthood can teach you). Once a person grows from a baby into a child and goes through elementary school, middle school and enters high school – they are no longer a baby. They are a young adult. If we have been watching that baby through their journey and they end up being a remarkable adult we as a community may still see them as our baby (like most parents do), because we followed them through their journey and “remember when they took their first steps”, but they’re not a child any longer.

We recently interviewed FattMerchant’s CEO Suneera Madhani on our podcast (ranked # 1 on this list).They are truly a disruptive company that has done a fantastic job! Suneera is a great leader, community entrepreneurship advocate and was recently recognized as the “Most Influential Women in Payments”. She is undoubtedly one of Central Florida’s best entrepreneurs. FattMerchant is also a shining example of a great company that started, scaled and stayed in Orlando (we sincerely appreciate and love her for that!). But FattMerchant has now  raised over $18M and been in business since 2014.  As we near 2019, is a 5 year old company still considered a startup after raising a C round? At what point are they simply considered a great early stage company and no longer a startup? FattMerchant to me is one of the most innovative FinTech companies and one of the top growth companies in Orlando. But a startup? I would probably classify them as a tech growth company that has went beyond startup phase, but that’s me.

Defining a startup can be like defining beauty – it’s often in the eyes of the beholder. Are startups a…

Unikey, ranked number 2 on the list, was started by Phil Dumas. A wonderful entrepreneur that launched his company in the same UCF Incubator that I was based in for my past startup. He started his company in 2010 and has also raised nearly $20M. He was featured on SharkTank and landed a deal on national television. Phil and his team are great and also deserve to be celebrated, but similarly – is an 8-9 year old company still a startup? They surpassed 1M customers recently, which is AWESOME, but to me, while they have substantially more room to grow, they are another example of a company that has surpassed the startup stage and by definition can be considered a growth company.

Companies like FattMerchant and UniKey are great examples of companies that have started and scaled here in Orlando. While they deserve to be celebrated, it is easy to point to companies after they have become vastly “de-risked”. If a company has shown great levels of traction and success, attracted $MM of venture capital funding and been in existence for 5+ years I don’t see them as a startup any longer.

As a community we need to celebrate those that have graduated from startup to growth companies , but also embrace and celebrate the next round of true startup companies. Ones that have not yet been fully de-risked and haven’t attracted $XX in venture capital funding. As many have heard there is a clear correlation with risk and reward. Yes, startup investing can be very risky, but as an asset class a startup fund (and when done the right way with a portfolio approach and ran by experienced management) can be very rewarding (one of the highest average returns over 5-10 years).

If we as a community know, celebrate and support our true startups our ecosystem can grow by leaps and bounds. Part of our mission at Orlando Entrepreneurs is to shine a light on our entrepreneurs and their companies. We want to understand their needs and goals so together we as a community can help open doors and break-down barriers to help them scale and stay in Orlando. We hope that you will support us in our mission.

Also, drop us an email or comment with your favorite local startups! We’d love to connect with them.

David Brim is a marketing strategist, entrepreneur and investor living in Orlando, Florida. He is the founder of Orlando Entrepreneurs and founding partner of the Orlando Opportunity Fund. His primary professional focus areas include business model development, online lead generation, Software as a Service (SaaS) products, angel investing, and commercial real estate. Learn more at his blog Filled to the Brim.