Foxtrot by Enablesoft is a scalable Robotic Process Automation (RPA) software that equips you to quickly implement automation into your business. Whether you’re integrating existing processes or building a program from scratch, Foxtrot is the fastest solution to unlock the potential of your business through increased worker productivity, improvements in efficiency, accuracy, decreased costs, and more. 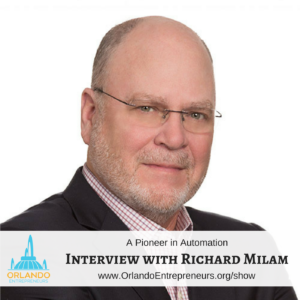 A pioneer in the Robotic Process Automation technology movement, Richard Milam brought a revolutionary operational efficiency solution to organizations worldwide with his conception of Foxtrot RPA, EnableSoft’s flagship product. Since founding the company in 1995, he has become a leading expert in the related fields of AI and machine learning. He formerly held sales and consulting positions for several of the largest banking software companies, and served in the United States Navy as a nuclear-trained engineer in the Navy’s submarine service.

How to connect with Richard: